…nobody held to account as obscure company awarded tender, disappears with huge sum of money

City of Masvingo lost US$137 000 in an apparently fraudulent procurement deal involving a tender that was awarded to a dubious Norton-based company to supply 545 drums of bitumen.

The company accepted payment and then promptly disappeared from the scene.

Under the leadership of then Mayor Hubert Fidze and then Town Clerk Adolf Gusha back in 2016, the local authority awarded the tender to supply the bitumen to a rather obscure company, Podilla Investments, in distant Norton, but the company disappeared soon afterward.

It is now suspected that Gusha’s management team working hand in hand with some councillors at the material time may have corruptly profited from the deal.

The cash-strapped local authority is now at pains to explain what could have happened to the funds in question, while trying frantically to keep the issue under wraps.

The Auditor General’s 2019 report uncovered the matter when it revealed that council was yet to receive the 545 drums of bitumen despite parting with US$137 666.

A recent visit by the Parliamentary Portfolio Committee on Public Accounts chaired by Dexter Nduna caught city officials off guard as they failed to satisfactorily answer questions regarding the deal.

“What have you done and why did you do it?” Nduna queried. “To buy bitumen knowing fully well that it was not going to be delivered. Is there someone whom you have put on a wanted list?

“The over 500 drums are there in the 2019 Auditor General’s report. She is worried that we might be having square plugs in round holes here. She has asked us to come here to make sure that you give us the drums or you give us the money.”

City of Masvingo Town Clerk Edward Mukaratirwa, who was the deputy city engineer at the time of the deal, could not answer the question which he referred to the chamber secretary, Vitalis Shonhai.

Shonhai meanwhile explained that Podilla Investments had clearly cheated the local authority and was now nowhere to be found. He said a visit by council officials to Norton found the premises that used to house the company’s offices deserted.

“We sued the company before the High Court,” said Shonhai, “while seeking restitution but what is happening currently is that the company has disappeared.

“We tried to locate the company in Norton but their offices were abandoned. They had their second offices along Airport Road and when we paid a visit, there was no one and nothing.

“We also tried to engage the Sherriff’s office but they could not do anything because the company had played ghost on us. But we now have the names of the directors so we want the corporate veil to be lifted so that we can search for their properties in the hope of getting something from that deal.”

“I only got to know about the issue after I left office,” said Fidze. “I know nothing about that issue. I read about it and as councillors, we were not privy to any such information because we did not sit in the procurement committee.

“This appears to have been done in secrecy by management and I was not aware of such.”

Former Town Clerk Gusha also refused to shed any light on the matter, saying he was no longer in a position to speak for and or on behalf of the council.

“I am a private citizen now so get in touch with Murakatirwa, the Town Clerk,” said Gusha.

Masvingo Mayor Collen Maboke, who is also a lawyer, said the deal was conducted  before his time. He said he suspected there was corruption at play in the awarding of the tender.

“This did not happen during my tenure and I am not privy to the finer details of how the tender was awarded. This happened during former mayor Hubert Fidze’s council. What I find amiss however is the fact that someone was awarded a tender without due diligence being conducted.

“It is surprising that council should pay all that money to someone who then disappears. The company was based in Norton and their offices are now deserted. No one knows where to find them.”

Some council documents gleaned by EnviroPress show that council had taken the legal route in an effort to reverse the loss.

“The 545 drums of bitumen were not delivered, however litigation for the same was sought through the High Court and judgement HC25/19 was delivered in favour of Masvingo City Council,” the document state. “A warrant of execution was also issued against the defendant.

“Further action is being pursued after the Master of High Court faced challenges to serve the defendant. Therefore, a recourse to recover the products is in progress. We will intensify our efforts to search for the company and its directors to enable us to recover the funds.”

Some sources have told EnviroPress that the directors are now operating under a new corporate name.

This article was made possible with support from the Friedrich Naumann Foundation (FNF) through the Voluntary Media Council of Zimbabwe (VMCZ). 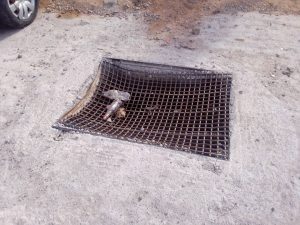 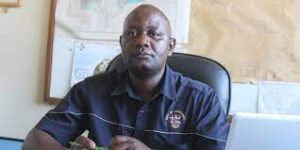 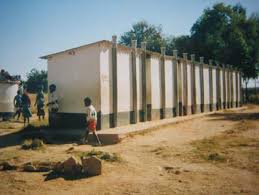