…call for amendment to secure rights

Some people in Mwenezi have lamented the continued subsistence of the Communal Land Act as an unjust piece of legislation which perpetuates vulnerability of whole communities by vesting their land onto the state.

Villagers who spoke to EnviroPress said it was not fair that they have no title to their ancestral land which is their only home.

“I understand that there is no security of tenure and people can be removed when government wants to use the land for something else. It becomes particularly bad when precious minerals are discovered on communal land,” said Thomas Mambo.

He said the law smacked of colonial hangover which should have long been corrected in the 42 years of independence.

Expressing similar sentiments, Headman Chitanga, whose area of jurisdiction covers large parts of Mwenezi East under Chief Chitanga (pictured), said it was unacceptable that people remained squatters on their own rightful land.

“The concept of reserves is utterly colonial. We have no real rights over the land which we call ours and on which our forebears lived and died. It’s like you are keeping a borrowed cow, you have no say in when the owner can take it back.

“Mwenezi is rich in gold, diamonds and other minerals but all that is not ours because we don’t have title to the land. The government must look into that as it is a critical issue of access to resources and stable livelihoods,” he said.

The concept dates back to April 1930 when the government of Southern Rhodesia led by Prime Minister Howard Unwin Moffat passed the Land Apportionment Act which reserved all prime land and urban areas to European settlers.

Blacks were shunted to what was then called Native Reserves and Native Purchase Areas which were usually made up of poor soils and unreliable rainfall.

Later on, Native Reserves became generally known as Tribal Trust Lands (TTLs) and after independence, as communal lands where people lived, but just as before, with no title deeds and being subject to the goodwill of the state.

The Communal Lands Act, which vests all communal land ownership in the head of state, is often used to evict people from their land if precious minerals are discovered, as was the case in the Chiyadzwa diamond fields of Marange in the mid-2000s.

Last year, the law was quoted to give notice to people of Chilonga communal lands in Chiredzi South to vacate their ancestral land and pave way for a controversial Lucerne grass project by milk producer Dandairy.

“Section 4 of the Communal Land Act actually withholds all rights from people who live on communal land.  Yes, it’s OK to give title deeds to people in Mufakose and Glenview but what about us in Murewa South, Dotito and Chiendambuya whose land was dispossessed from us by Whites?” queried Biti.

Section 4 of the act reads, “Communal Land shall be vested in the President, who shall permit it to be occupied and used in accordance with this Act.”

Writing on his popular blog the Big Saturday read in 2020, legal analyst and political commentator, the now late Alex Magaisa said ‘there was no incentive to reform the colonially-inspired legal and governance infrastructure of Communal Lands, four decades into independence.

The piece of legislation, Magaisa argued, was convenient for political expediency as it made the President a ‘feudal lord’, and created dependencies necessary in enforcing right political line in communal areas.

“The new government uncritically accepted the colonial construct and cemented it into law. This is the law that still applies today. There may have been a revolution about land formerly owned by white commercial farmers, but little has changed for those who have always been in communal areas,” reads part of the piece.

This project was made possible through a partnership with the Southern Africa Trust. The views expressed herein do not necessarily represent that of the Trust or its associates. www.southernafricatrust.org 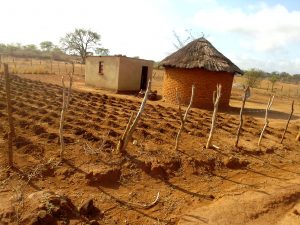 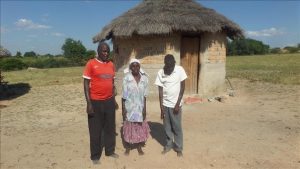