As the world celebrated World Biodiversity Day on May 22, Masvingo residents woke up to the news of dead breams floating in Shakashe River, a development which was quickly attributed to the discharge of raw sewage into the river by the City of Masvingo.

The pumping of raw sewage into Mucheke and Shakashe rivers has been happening for years due to the city’s rundown sewerage and low sewage pumping and treatment capacity.

Read similar stories on the links below:

In a statement, the city council acknowledged the discharge of raw sewer into the rivers but apportioned the blame on vandals who were in the habit of throwing boulders in the sewer lines causing blockages.

“Council acknowledges the recent discharge of raw sewer into Mucheke and Shagashe rivers due to blocked sewer main lines in Mucheke A and Rujeko B as a result of vandalism,” said the city council in a statement.

On the dead fish, the council said they collected water samples and sent them to a laboratory in Harare to ascertain whether or not sewage played a part.

“We are therefore awaiting the results from the laboratory in order for us to ascertain whether the alleged death of fish was caused by raw sewer discharge or other chemicals that may have been deposited in the water bodies,” said the city council in a statement.

It is can be doubted, however, that ordinary raw sewage alone could have killed the fish since such waste finds its way into the two rivers one way of or the other on a daily basis throughout the year.

It is also not certain if such fish had existed in the river since it has always been too poluuted to support such kind of aqua life.

EnviroPress further made inquiries with the Town Clerk Engineer Edward Mukaratirwa who said the death of fish was not because of sewer discharge.

“The quickest way to ascertain if the death of the fish was linked to the sewer discharge is by asking the following three questions, 1. Was there change of colour of water, turning darkish 3 to 5 days after the sewer discharge? 2. Did fish start to die from the third day as water was changing in colour? 3. Did mostly larger fish die first and small fish survived?

“We found the answers to all the above questions to be no and therefore we could not conclude that the death of fish was linked to sewer discharge.

“Therefore, we had to take water samples upstream, on the site and downstream. We could not get samples of the dead fish,” said Mukaratirwa.

Mukaratirwa said there was no way they could ascertain with utmost accuracy that the death of fish in Shakashe River was caused by sewer discharge without taking samples from the dead fish, something which they did not do because they could not find the dead fish.

The Environmental Management Agency (EMA) said it was concerned with the amount of sewer being discharged into the two rivers and gave the city council up to May 27 to make sure all blockages and defunct Rujeko sewage pump station were fixed.

“From the tests carried out by the agency on 10 specifications from different points along the river, it was duly noted that the level of free oxygen present was 5.2 percent which was too low to support aquatic life,” said EMA in a statement.

Fauna and Flora Zimbabwe (FaFloZim) director Fidelicy Nyamukondiwa said the death of fish in Shakashe River was a sad day for conservation.

“It is sad to witness such a scene where hundreds of fish are found dead in a river due to human actions. The discharge of raw sewage into Mucheke and Shakashe rivers leading to the death of fish and many other aquatic life is both a health hazard and a blatant violation of environmental rights set out in Section 73 of the national constitution.

“What is most disturbing is the fact that the death of aquatic life coincided with the World Biodiversity Day which was commemorated on May 22,” said Nyamukondiwa. 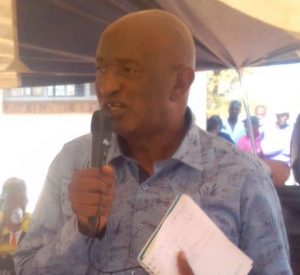 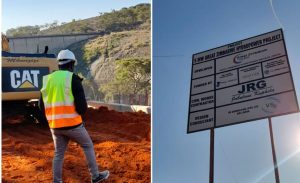 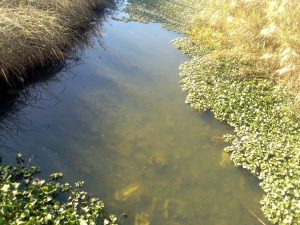